Portland, Oregon: The Tech Academy, a licensed career school that teaches students how to code through real world, hands-on training, has announced the official opening of their newest boot camp; UI/UX Designer! An all-encompassing web development and design boot camp for anyone who would like to get a job as a software developer or web designer. The UI/UX Designer Boot Camp will give you the training required to get an entry-level job as a full-stack designer. While most software designers only receive front-end training, we believe that the skills you gain from full-stack development are much more valuable to employers. With over 600 hours of content and a team project for your resume, you will be getting plenty of front-end and back-end web development experience! Anyone who signs up to this course will be able to go through all of the content using our online learning management software. You can sign in remotely, anywhere in the world, and become a trained developer. For those who prefer studying in-person, we have campuses in Portland, Denver, and Salt Lake City. However you choose to study, you will benefit from: - Live help from instructors, both online and in-person - Open enrollment (start anytime) - Flexible scheduling and self-paced study - Financing options - Job Placement training The Tech Academy is currently enrolling students, and with no start dates or cohorts, that means students can start today! If you or someone you know would like to sign up for our courses but don’t have the funds to pay up front, you might consider our Income Share Agreement payment option. You can start programming now, and pay when you get into a job after the course! To find out more contact info@learncodinganywhere, or visit learncodinganywhere.com About The Tech Academy: The Tech Academy is a technology school that trains students in computer programming and web development. They are the proud recipient of SwitchUp.Org’s and CourseReport.Com’s Best Coding Boot Camp award and were named the “World’s Greatest Code School” by How2Media. The Tech Academy offers a wide range of services including: Coding boot camps, customized training classes for companies and groups, advanced developer training, software development, staffing, and more.

By: By Jack C. Stanley

For those interested in entering the tech industry, there are two main options: 1. Obtain a Computer Science degree from a university, or 2. Attend a coding boot camp. True, one could add “self-train” or “learn from mentors” as other options but in this article I am talking about how to choose which type of school to attend. There are pros and cons to universities and to boot camps. Let’s look over the positive and negative sides of coding boot camps: Coding boot camp cons: • Due to hundreds of possible options and the fact that each coding boot camp operates differently and covers different topics, it can be difficult locating the right boot camp. • Some coding boot camps focus on only one language or skill, leaving graduates pigeon-holed into a particular skill set which may or may not last into the future. • There are many job listings that require years of experience or degrees – neither of which are obtained through coding boot camps. • As coding bootcamps are a relatively new industry, there are some schools that haven’t figured it out yet or may not be fully trustworthy. As more time passes, only the strong will survive. Coding boot camp pros: • Much more affordable than college. • Rapid training – great for people short on time. • Tend to focus on skills that one will actually use on the job – practical application, not much theory or “fluff”. • Many coding boot camps were founded by working software developers who have first-hand experience of working in the industry and so know what needs to be covered. • Coding boot camps tend to cover modern technologies and the content covers current topics. Meaning, most often boot camps don’t have outdated data. For the most part, they’re cutting edge. Computer science degree cons: • Because curriculum has to undergo various approval processes, they’re not always modern. There are some universities that cover obsolete languages and technologies from the 90s. • CS degrees tend to focus less on coding than boot camps – covering topics ranging from mathematics to psychology. This can be a pro for some people who are interested in learning more than just computer programing. • It takes 2-4 years to obtain a Computer Science degree which can be an issue for those short on time. • They’re more expensive, costing an average of $8,000-$30,000 per year and taking 2-4 years ($16,000-$120,000 total). Computer science degree pros: • Students have a much greater understanding of the theory behind computers, logic, algorithms and other fundamental computer science topics. • Hardware is usually covered in more depth. • Students have a degree at the end of it which can come in handing when applying for jobs. • The programs are accredited which means they passed a rigorous review process and so are more likely to be comprehensive. So, how do you figure out which route is the best option? Well, for one, simply listing out the pros and cons can be helpful. Another factor that can assist in one’s decision process are outcomes. For example: the average college graduate makes $49,000 a year, whereas boot camp graduates reported an average of $62,178 a year – with CS degree graduates averaging a starting salary of $58,000. None of this is to say that “coding boot camps are better than universities”. There are many benefits in obtaining a CS degree. For example: Larry Page and Sergey Brin (co-founders of Google) and Mark Zuckerberg (founder of Facebook) all have Computer Science degrees. The answer to all of this is: do your own research. There are too many schools in existence to give a “one size fits all” solution. Review their websites, speak with admissions staff, read reviews and trust your gut. The Tech Academy is for students looking for a coding boot camp that meets the following qualifications: • Flexible scheduling options – you choose when to study, • Students can study at home and/or at one of our campuses, • No technical background or experience is required – we welcome complete newbies, and • We cover several in-demand programming languages, providing students with a well-rounded skill set. Good luck in your search! About the author: With years of executive and managerial experience, Jack C. Stanley has overseen The Tech Academy since its inception. He owns and operates several successful companies. His background in teaching and curriculum development contributed greatly to the creation of The Tech Academy’s boot camps. As the Co-Founder and chairman of the school’s Board of Directors, he supervises the day-to-day activities and long-term planning for the school. The Tech Academy is a technology school that trains students in computer programming and web development. They are the proud recipient of SwitchUp.Org’s and CourseReport.Com’s Best Coding Boot Camp award and were named the “World’s Greatest Code School” by How2Media. The Tech Academy offers a wide range of services including: • Coding boot camps • Customized training classes for companies and groups • Advanced developer training • Software development • Staffing • And more… Visit learncodinganywhere.com to find out more.

Tech Talk : Dr. Brent Wilson on The Importance of Algorithms

By: The Tech Academy

A very informative talk on algorithms and why you should focus on creating more efficient algorithms.

Tech Talk : Dr. Brent Wilson on The Importance of Algorithms

Tech Talk: How to Deploy a Web App to AWS S3

The Role That Machine Learning Can Play in Cybersecurity 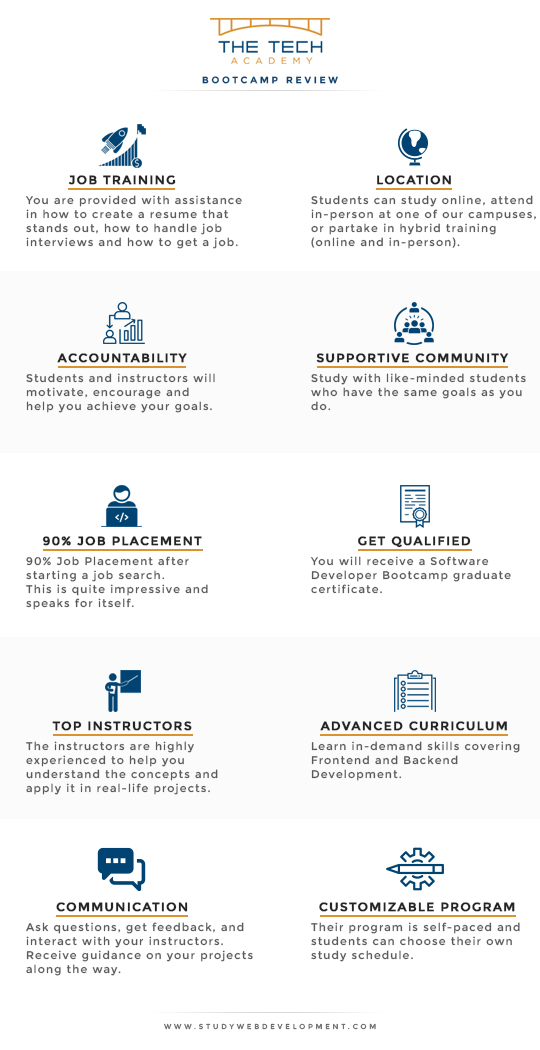 A Detailed Review of The Tech Academy

How to Land a Tech Job 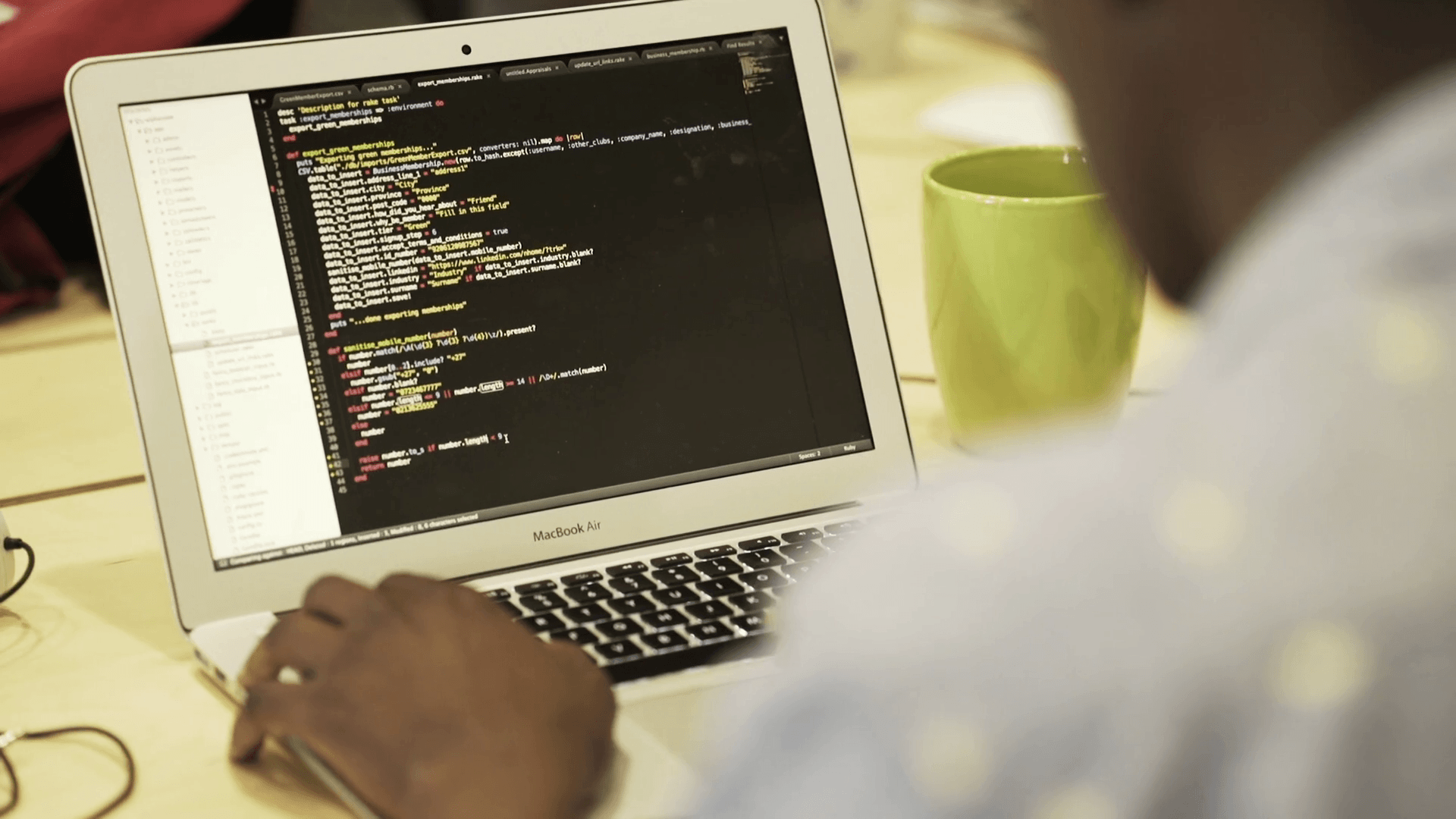 The Difference Between Functions and Methods 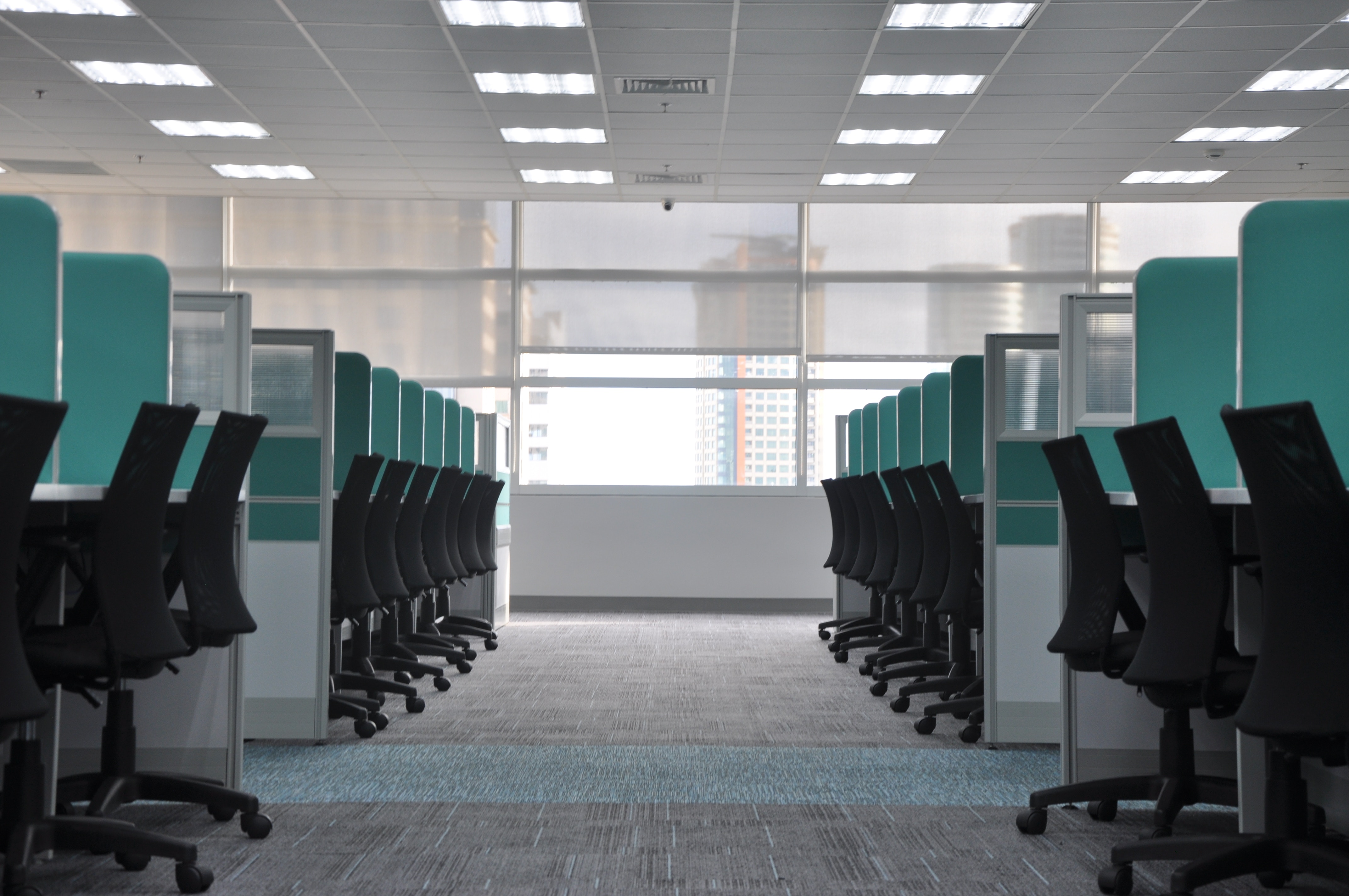 IS THERE A LACK OF AVAILABLE CODING TALENT?

Tech Talk: The Difference Between the Internet and the World Wide Web The Secret to Landing a Tech Job

Tech Talk: The Breadth of Python

Tech Talk: Getting Out of Your Own Way

5 Skills You Must Learn to Become a Good Programmer

The Tech Academy Heads to the Silicon Desert

A Day in Denver

Life of a Developer: Tech Talk with Cesar Jimenez

Should I Answer That?: Tech Talk with Aaron Frichtl

CIRR and The Tech Academy

The Family Smartphone: A Look at Planned Obsolescence and Durapoly

The Metrics Society: The IoT and its Role in Marketing Automation

Technology Basics for the Absolute Beginner