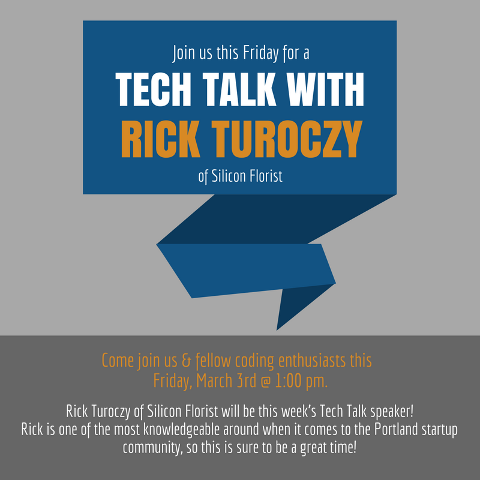 If you're looking to gain some insight into the Portland tech startup scene, look no further than Mr. Turoczy. Rick has been writing about startups for a decade on Siliconflorist.com, and has been working with Pacific Northwest startups for over two decades. Blogging not only led to writing for Read Write Web, but speaking engagements, judging startups for SXSW, being elected to the boards of Oregon Entrepreneurs Network & Tech Association of Oregon and much more! He's also co-founded two different startup accelerators, an event named by Fortune "as the next SXSW, and the digital magazine 'Built Oregon'.